Lately, I’ve been more reflective than usual. I mean, let’s be real here, the nature of my complicated inner life is that there are very few days when I don’t analyze the past, present, and future. Over the last few weeks, though, some illuminating thoughts have developed.

October 2017 will make six years that I’ve been serving in my current role as Mission USA Administrator for the Congregational Holiness Church, Inc. By any measurement, it’s a role for which I was unprepared. The learning curve included uncomfortable times of stretching, learning new skills, and having my perspectives challenged. My keeping grace has been the absolute confidence of my calling into this role.

What happened before this? I served twelve consecutive years as a bi-vocational church pastor. This is not a new concept to American Christianity. Many individuals with greater abilities than myself have served like that for much longer periods of time. The vast majority of ordained ministry leaders in American Protestant denominations continue to serve in this manner. But the bi-vocational pastorate does have its challenges. Even with the best of congregations and the most understanding of lay leaders on your team, the duties can become overwhelming. Most days, my schedule was so filled I had almost no time for leisure.

The ever troubling fly in the ointment was a sense of false security. Surely, someone this busy was totally healthy. But without realizing it, I was suffering through an identity crisis. I was equating my personal worth and value with my role as a pastor. More often than not, I only felt good about myself when I thought I was performing my duties well.

J. D. Walt recently said something that really connected with me in his daily devotional writing for the Seedbed Daily Text. He said, “When our identity is linked up with our performance, our performance becomes a way of validating ourselves—which makes everything we do, no matter how apparently noble it may be, a backdoor way of serving ourselves. This is the essence of slavery to self.”

The good news is that I’m living in a new level of wholeness. This is not to imply I was living a double life or was totally defective. By God’s great grace, much good was accomplished. However, He has brought me to greater health than ever and I’m aware when the identity crisis struggle is raising its self-image again. Even better news is the truth that there is a great deal of ministry that takes place outside of the local church pastorate. Because I’ve been there and done that, I can come alongside pastors as a friend and help them move toward greater health and effectiveness.

I’ll always be a pastor at heart. Even now as a denominational servant, in a sense I pastor other ministry leaders providing them with encouragement and guidance since I have regular opportunities to see up close the work they are doing. Will I ever pastor a local congregation again? Perhaps. It’s a safe assumption for a few reasons. For starters, there’s a great need arising as more and more of the generations known as builders and boomers pass. Some estimate that approximately six thousand individuals from these two groups die daily. So because of my apparent middle age, at some point in the future, there could be a call to shift into that ministry role again. There are definitely many lessons learned in my current role that would make me more effective in the pastorate. In light of that, it would be satisfying to see what could be accomplished. But, I’ll only enter the local church pastorate again if I’m convinced of The Lord to make that re-entry. After all, a servant’s desire is to obey His Master.

Besides, it’s quite a privilege to serve God’s Kingdom from a denominational office. In light of the whole body of those in vocational ministry, only a very few ever have the opportunity to serve their denomination as a general officer. Mine could even be described as a dream job for those with a calling to vocational ministry. All of my responsibilities fall under the stream of encouraging, equipping, and resourcing others to be more effective. And, I really like the fact that I get to help others fulfill their mission.

Make no mistake about it, though, there are quite a few differences from this role as opposed to the pastorate. As with any calling and position of service, there are advantages and disadvantages. Some of the differences include the following:

So I’m glad to be back to a place where I know that my worth is based on the great I AM. Who am I? I am God’s child, Christ’s friend, justified by faith, redeemed, forgiven, a member of the Body of Christ, and I belong to God. This light shed on my identity all comes from the lamp of God’s Word. 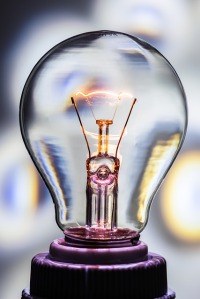 Everyone who serves in a ministry role will eventually transition out of that position. Some will move to other positions within their organization. Others will move from leading roles to supporting roles. Still, others might move to serving a para-church organization. And as life takes its natural course many pastors will soon move to their retirement years, but they will continue to possess the heart of a pastor. Gracefully, they can learn to be content in other roles. But don’t be deceived, change will come. Someday, we’ll all move from the frontlines to the sidelines. And regardless of the season of life, your ministry continues. However, you are not what you do and your worth is not based on how well you do it. You are loved and valued by God.

This site uses Akismet to reduce spam. Learn how your comment data is processed.

What are you looking for?

Have You Read These?

What Am I Writing About?

Want To Go Back In Time?

This last Sunday we were blessed to spend some time loving on the residents at Specialty Care.
What are you most looking forward to this month?
February is coming soon and so is ONE HIT WONDERS. This series is gonna be fun!
Our services were life changing today. Strongholds were broken and many have begun the journey to wholeness.
Pastor William is addressing the final ELEPHANTS in this Sunday's service. This is the one that you can't afford to miss.
Tag someone who needs this reminder.

Want to see my categories?